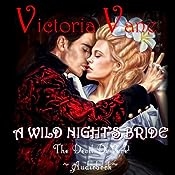 With the devil in charge, there will surely be hell to pay…

What happens when a struggling actress and a grieving widower come together in a night of unbridled debauchery orchestrated by a bored and machinating rake?

She's a lonely lady down on her luck…Phoebe Scott, alias Kitty Willis, is a struggling Covent Garden actress with a bruised heart and a closely guarded secret.

He's steadfast and eminently respectable…Sir Edward Chambers, Ned to his intimates, is guilt-ridden over his beloved wife's death and has avowed to live out a rustic and mundane life…of celibacy.

Devil-in-disguise Viscount Ludovic DeVere is determined to return his best friend, Ned, to the land of the living. His meddling machinations result in a night of mind-blowing passion after which “Dull Dog Ned” awakes to find himself in the King of England's bed! 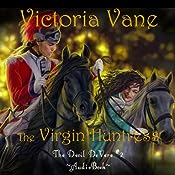 When the object of one's passion has eyes for another…it's time to take matters in hand!

Lady Vesta Chambers is accustomed to getting what she wants…and what she wants is Captain Hewett DeVere…. Coddled and pampered since her mother's death, Lady Vesta Chambers is beside herself when her father goes to London to prepare for her come-out and returns with a young bride of his own. With her world turned upside down, Vesta accompanies her godmother, purchase klonopin online no prescription Diana, to town where she is smitten the moment she lays eyes on a certain captain of the 17th Light Dragoons. But when the object of her passion has eyes for another….

Captain Hewett DeVere, younger brother and heir to Viscount Ludovic “The Devil” DeVere, has returned from the American war scarred, disillusioned, and looking forward to settling down to a quiet and respectable life. But when the handsome and straight-laced captain turns his eyes toward the widowed Diana, Vesta is prepared to take devilish measures to prove to Hew that she is no longer a little girl, but a woman with the passion of…a huntress.

Note: This is the second book in an ongoing award-winning series.

Where Are Arial's Audio Books???

Yes, I know! I've had many friends and fans asking me when I'm going to narrate my own books. I promise, I'll be working on them very soon. Right now I have one other audio book I need to record for Heidi Garrett titled Nandana's Mark. It's a lovely YA fantasy and I can't wait to record it! However, I'm still getting over bronchitis and fear it may have developed into walking pneumonia. Don't worry, I have a doctor's appointment tomorrow morning to get checked out. I hope to have my normal voice back again in a few days. *crosses fingers*

Once my voice is back to normal, I'll be recording her book and my own. In the meantime, I'm plugging away at writing Book 3 – Midnight Hunt! I have a tentative release date of July 19th, 2013 for both print and eBook. Be sure to join my mailing list so you can be notified when it's released.