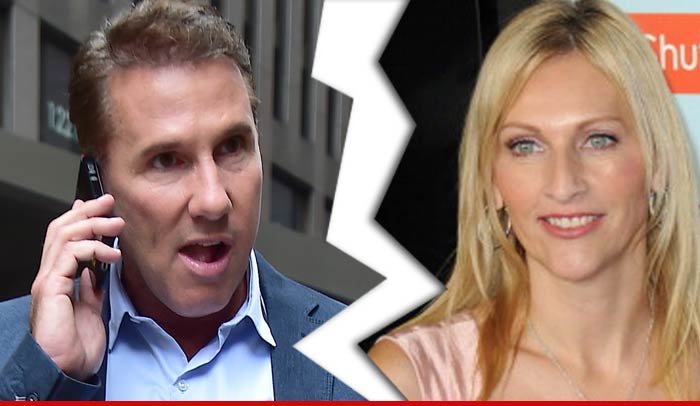 Is Nicholas Sparks Divorce the End of True Love?

Of course it isn't the end of true love! But you'd think it was if you listened to all the Twitter chatter about Mr. Sparks's separation and pending divorce with his wife of 25 years. I'm just flabbergasted at the drivel that people are spewing because this bestselling romance novelist's marriage didn't work. Here are some of the ridiculous quotes flashing around the Twittersphere and I don't want to put the author credits because they just don't deserve the attention – but you can do searches on Twitter for them yourself if you're interested.

I could continue, but I'm sure you get the point.

As a romance novelist myself, and having been through two divorces AND now in a very successful and healthy relationship, I think I have a pretty solid soap box on which to stand. Since this is my website, I'll take the liberty of climbing on top of said makeshift podium and pontificate. TRUE LOVE IS NOT DEAD. I know because I'm living it. MUCH of the romance in my books is based on the true love principles I'm sharing in this article. I've said many times before, my husband is the heart that beats within Broderick MacDougal, the main character in my Bonded By Blood Vampire Chronicles.

How bloody absurd it is that people are taking this leap just because Nicholas Sparks had problems in his love life! BUT it highlights how unrealistic people are about love today. I'll make a couple of important points I've learned the hard way through the years: Continue reading → Not a lady born, but a lady raised…

…Davina Stewart was born to Parlan and Lilias at Stewart Glen in the Lowlands of Scotland, just northeast of Aberdeen. Davina is the youngest of her and her brother, Kehr.

Due to her loose connections to the crown through her father, she was betrothed to Ian Russell – a marriage that benefited her brother and father with wealth, while Parlan promised coveted contacts for Ian and his father, Munro. However, Ian has proven to use a heavy hand to rule over Davina. In spite of pleas toward her father to dissolve the marriage, she is forced to endure her union for the sake of their financial wellbeing. In a time where a woman is property to her family and spouse, Davina endures with a silent strength when she has exhausted all other avenues, and maintains her dignity in the face of oppression.

But there is one image in her mind that has been her anchor through the years. The handsome Gypsy she met as a young girl – Broderick. He had warned her of the dark times to come when he read her palm, and said she would endure if she held to an image of strength. Little did he or Davina know Broderick would be that rock she would cling to, the light that would give her hope through those dark times.

Most Popular Quote from Davina Stewart-Russell

“Your name—MacDougal means Son of the Dark Stranger, if I’m not mistaken.” She pursed her lips and crossed her arms. “How appropriate.”
Said to Broderick MacDougal in Midnight Conquest, Book 1 of the Bonded By Blood Vampire Chronicles – Click to Tweet

Fact About Davina Stewart-Russell NOT in the Books

In Midnight Conquest, there is a scene where Broderick is being a bit of a peeping Tom and is mesmerized by Davina standing in a tub of shallow water, cleansing herself from the day. However, the scars on her body and the odd angle of her left arm take Broderick out of this sensual moment and ignite a protective anger in him over the obvious signs of abuse. Davina’s left arm was indeed broken, as Broderick had observed. She had gone to her father-in-law to inform him of Ian’s abusive behavior. Munro said he would speak with Ian on her behalf. Later that evening, Ian had a fight with his father Munro and, as punishment, Munro denied him funds. Ian became very drunk and took his anger out on Davina with his fists, then shoved her down a short accutane online safe flight of stairs where she broke her arm on the fall. This was the night of her first miscarriage.

Welcome to part two of my blog post on the Scorcher Blog Tour.
If you missed part one, please go here: http://findingthewritewords.blogspot.com

Thank you, Arial, for hosting me on your site!

In my last post we were about to breakdown our perfect hero into sections. But before we do that, we need to welcome our five heroes into the room. They’ve graciously allowed us to perform a little experimentation.

Let’s start with our hero’s personality. His personality must shine. AJ, Lisa, Arial, and Sarah like their hero with a good sense of humour, patient, committed, and good natured. While Amie likes a hero who doesn’t take himself too seriously. Amie wants her hero to let her show him how it’s really done. Amie, you naughty little girl! Continue reading →

OMG I'm so jazzed at how my Romance Trading Cards turned out! WOOT!!! To see a close-up, just click on the images.

For those of you who are not familiar with Romance Trading Cards…they are the latest craze in the Romance Novel industry. Readers are going nuts for them!! They're trading cards just like any other – people collect them, trade them, get them autographed and everything. For more information, I encourage you to visit the Romance Trading Card web site. Continue reading →

In honor of National Margarita Day, I'm celebrating being liberated from writer's block!!!

Writer's block…first there is the debate on whether or not it exists. Debate ended: It does. If it didn't, it wouldn't be the dreaded disease that plagues every writer on the planet. Those who have experienced it knows it prevents your creativity from flowing and brings your writing to a grinding halt. It's not being lazy, it's just misunderstanding what it really is. As writers, we all experience it at one time or another and we all know it's the downside of being an author…or is it? Believe it or not, I believe I have found the cure for Writer's Block! Continue reading →

Taking a break from the horrible situation happening in Egypt and from my Twitter and Facebook pages, I'm happy to say that my major revisions for ETERNAL CONQUEST are finished! These were the revisions I needed to make AFTER I was offered the contract from The Wild Rose Press in their Black Rose line. I met my deadline and had the changes into my editor before the end of December 2010. However, my editor had an unfortunate accident with her computer, and though she thankfully recovered, she is a little behind schedule. Which means she won't be able to get to ETERNAL CONQUEST until the end of this month. That's okay! I have lots of other books to write! Continue reading →

Whew! Been busy and haven't had time to do much of anything but working. So much for writing, huh? As promised, here's an update to what's going on with my book – MIDNIGHT CONQUEST. Continue reading →

Aye, my third day at the Romantic Times Book Lover's Convention, the sex, scandal and mayhem began! I met a very famous and well-loved author (she-who-shall-not-be-named) during my initial RT Virgin orientation and volunteered to help her with moving some of her promotional materials. As we walked down the halls of the convention center, she insisted on stopping by and hugging another well-known author (another she-who-shall-not-be-named), who…with MUCH excitement and enthusiasm…hugged my new-friend-famous author…and promptly began humping her leg with an expression of ecstasy on her face. Continue reading →

Sorry no recent updates! Been busy getting ready for the upcoming Romantic Times Book Lover's Convention! Even though I'm very much looking forward to the event, I don't think the excitement of it has hit me just yet. I'm running around like a crazy woman getting all my promotional materials and give-aways made and ready for the event. More on that in just a moment. Continue reading →

Can you believe it!?! You can now buy Midnight Conquest merchandise at our CafePress.com store…among a few other things! I'll have more items up in the store and with the way things are growing, we'll end up opening a separate CafePress.com store instead of just being a section in the Enchanted Woodz store. Check them out and express your vampy self!!